Bringing student to teachers, client to artist and providing an off the shelf learning experience 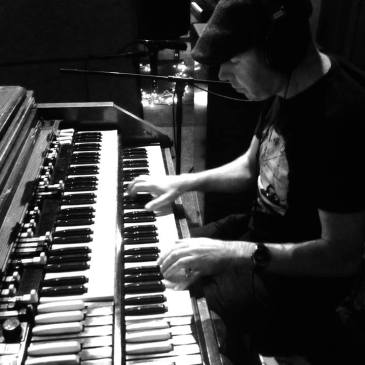 I have also performed with session legends Lawrence Cottle and Ian Thomas.

I teach privately and also lecture on the Popular Music and Music Production Degrees at Weston College.

I composed the score for two films this year, including a Creative England iShorts project and have recently co written several tracks and recorded songs for Katey Brooks’ latest album which is in postproduction. I played at the London Bass Show in March 2016. I have performed at many festivals in the UK and abroad including Glastonbury and Womad and in the past year have performed at the Bristol Jazz and Blues Festival, Bristol Acoustic Festival, Marlborough Jazz Festival and Shambala Festival amongst others.

I have performed many times on BBC Radio Bristol and tracks that I produced and played on have been aired on BBC Radio 1, BBC Radio 2, BBC Radio 6, BBC Introducing and playlisted on Jazz FM. I specialise in Jazz, Blues, Soul and R&B, and love to play the Hammond organ and Fender Rhodes.